#berklee #berkleecollegeofmusic “Jiya Jale” (Dil Se) is a tribute to A. R. Rahman by the Berklee Indian Ensemble in gratitude for his immense contribution to our lives through his inspiring music and journey.

A. R. Rahman is an Indian composer, singer-songwriter, producer, multi-instrumentalist and philanthropist. In 2009, Time Magazine placed Rahman in its list of World’s Most Influential People. In a notable career spanning two decades, he has garnered particular acclaim for redefining contemporary Indian film music, and putting Indian music on the global map, in a way that no other Indian composer/performer has achieved.

On October 24, 2014, Berklee College of Music will confer A. R. Rahman with an honorary doctor of music degree. Berklee Faculty and students from the Berklee Indian Ensemble will pay tribute to the living legend, who will join them on select pieces in a concert celebrating his music and life at Boston’s Symphony Hall.

Mr. Rahman’s visit is a signature event under Berklee India Exchange, a new initiative co-founded by two Indian Berklee alums, Annette Philip (artistic director), and Clint Valladares (artist relations and strategy), as a platform for cultural conversation, through the composition, collaboration, and performance of original Indian music. Proceeds from the concert will go towards a scholarship fund in Mr. Rahman’s name for students from India to attend Berklee.

This is a huge milestone for the Berklee Indian Ensemble, one of largest and most diverse ensembles at the college, with members representing 37 countries, and counting. Founded in 2011 by faculty member, Annette Philip, the ensemble performs an expansive repertoire of Indian classical, semi-classical, folk, Sufi, and contemporary Indo-jazz music, with the ultimate goal of presenting concerts entirely consisting of original student compositions. Every year, there is at least one composition by A. R. Rahman featured in their repertoire. 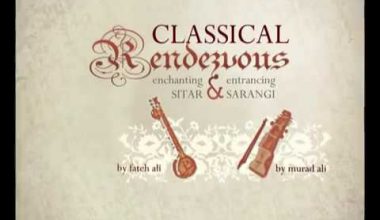