Uppalapu Srinivas (Telugu: ఉప్పలపు శ్రీనివాస్; 28 February 1969 – 19 September 2014) was an Indian mandolin player and composer of the Carnatic musical tradition of Southern India. A child prodigy, he made his debut in 1978, and came to be popularly known as Mandolin Srinivas. Over the next four decades, he toured across the world, and collaborated with ohn McLaughlin,Michael Nyman, and Michael Brook.
Srinivas was born 28 February 1969, in Palakol in Andhra Pradesh. At the age of six he picked up his father U. Satyanarayana’s mandolin, after he heard it played at a concert he attended with his father. Upon realising the talent of his son, his father who had studied classical music, bought him a new mandolin, and started teaching him.He started with the acoustic mandolin, though later he switched to the electric mandolin as he felt it allowed making long notes clearly audible.
He was the first musician to use electric mandolin in Carnatic music, he even modified a difficult electric western instrument, using five strings instead of traditional eight, to suit the Carnatic pitch, raga system, and especially gamakas, and nuanced oscillations.
He was awarded the Padma Shri in 1998 by Government of India, and the Sangeet Natak Akademi Award in 2009. He was a follower and devotee of Sri Sathya Sai Baba and he had performed before him on several occasions. 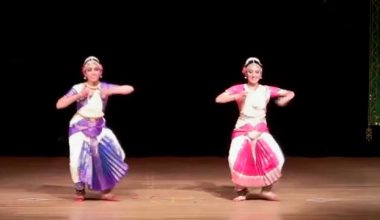